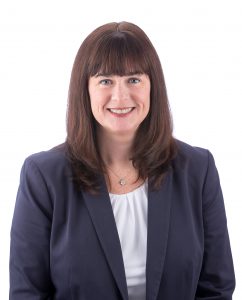 Ms. McKinnon received her Bachelor of Science degree from Boston College and her law degree from Suffolk University Law School. She was admitted to the Massachusetts Bar in December 1999.  After law school, Ms. McKinnon worked as a law clerk in the Massachusetts Probate and Family court, where she had the opportunity to work closely with many of the State’s Probate Judges.

Additionally, Ms. McKinnon has served as President (2013-2014), Vice President, and a former Board Member of the Massachusetts Association of Women Lawyers (“MAWL”). She was also a former member of the Joint Bar Committee on Judicial Appointments as the MAWL representative.

Ms. McKinnon is currently involved in various public interest initiatives including the Middlesex Bar Conciliation Program. She was named as a “Rising Star” in the Massachusetts Rising Stars “Super Lawyers” publication from 2007 through 2014 and has recently been selected to the 2018 Massachusetts Super Lawyers list.